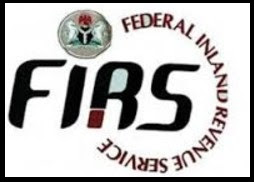 Tax dodging is a global concept. Tax Dodgers are those who take one action or the other to avoid or evade tax. It is really a deliberate action not to pay tax or not to pay adequately.

It also include those who do not pay as at when due. In taxation literature tax avoidance is not a criminal act but tax evasion is. In this website there are  topics on public wrong view of tax avoidance, and understanding with-holding tax in Nigeria. These topics will help you understand the difference between tax avoidance and tax evasion.
READ ALSO: THE EASE OF DOING BUSINESS IN NIGERIA

Tax dodgers could be said to be inimical to the government. They are also non-law abiding citizens. Incidentally for Nigeria it is the rich, the big individuals and companies that dodge tax payment using one method or the other. Even their influence in the society are used to dodge tax. The big companies including the multinationals indulge in one form of tax avoidance policy or the other including transfer pricing methods.

Recently the Minister of finance had to voice this out openly.

The minister of finance, Kemi Adeosun brought this information before the National Economic Council stating that this is why Nigeria posts one of the lowest tax per GDP ratio in the world.

Adeosun estimated the tax ratio to GDP for Nigeria at six percent.

Government plans to roll out this from May this year and will at the same time announce some incentives to encourage participation.

According to Adeosun, VAIDS will capitalise on the considerable international goodwill built by President Buhari in his mission to rebuild Nigeria.

”It will also capitalise on the current global movement against tax evasion and illicit financial flows.

”It will offer a window for those who have not complied with extant tax regulations to remedy their position by the provision of limited amnesty to enable voluntary declaration and payment of liabilities.

The finance minister said revenue expected from the scheme has been conservatively estimated at US$1 billion.

“Based on initial estimates, it is anticipated that at least 50 per cent of the funds recovered will belong to States who are the ultimate collectors of personal income taxes”, she said.

The National Economic Council approved the scheme in principle giving room for additional inputs which are to be considered.